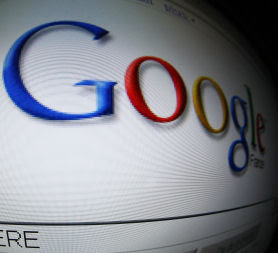 Under a similarly alarming headline (“Google persuades Spanish bank BBVA to use the cloud“), the BBC News website broke a story about Madrid’s BBVA Bank switching it’s office applications to Googles’ cloud apps – GDocs, GMail, calendars, spreadsheets and so on. Read the full story over at the BBC News site.

Importantly, this is not Google breaking into the banking sector (see how far “do no evil” gets you there, boys):
“Spanish banking giant BBVA is switching its 110,000 staff to use Google’s range of enterprise software.”

This is the biggest deal yet for Google cloud computing services and could herald a whole new phase of Google as a cloud services vendor. 110,000 seats is not to be dismissed.

The banking sector has stringent regulations on security, so BBVA will have to keep Google applications separate from customer data. Quite how this is to be achieved technically remains to be seen. Data tends to ‘leak’ across applications, no matter how many times management insists that  Google’s tools be used “only for internal communication.”

BBVA may be right in stating it’s not about cost; a one-year switch-over project will be expensive, but think of all those Microsoft licenses BBVA will be giving up long term. The bank also has to retain it’s data centres for the core banking applications, but I’m guessing a significant chunk of IT support budget will be saved by moving a lot of that back-office tat into someone else’s’ tin shed.

I can also see pro’s and con’s in the move given BBVA operates in 26 countries; cross-border support is often a nightmare, so having Internet-delivered Software as a Service (SaaS) makes those offices less of a burden to run. They are also much more difficult to police.

The mobility of the bank’s workforce was also cited in support of the move; a lot of the bank’s computing needs had moved to smart-phones, tablets, laptops and computers at home. I’m not liking the idea of any bank data sloshing round tablets, smart-phones and home computers.

Sebastien Marotte Google’s head of Enterprise in Europe was quoted “corporate customers on average achieved cost savings of between 50% and 70%.” So it’s definitely not about cost. Good.

Strikingly, this is not a deal to set up a private cloud. BBVA’s data will sit distributed across the public cloud of Google’s data centres. Evidently this satisfies banking regulators and data protection requirements, but I can’t help thinking that BBVA just painted a big bulls eye on it’s corporate backside for every hacker on the plant to take a shot at.

One thing the new partners don’t have to worry about is a massive migration project; all the old data will be left in legacy systems for now and gradually run down. AJS

One thought on “News: BBVA Bank to Use Google Cloud”