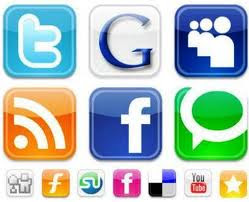 ve on. More than half the TV ads are now for on-line companies. Every business worth the name has to have a website, or it doesn’t exist in the modern world. And that’s still not enough.

Social media is now vital for business owners who want to be taken seriously. No Facebook? No Twitter? You’re old-school. That’s before you even attempt to run any marketing campaigns. Not only do you have to be on-line but you have to be on social media, because that’s where half your customers spend their time.

Facebook and Twitter have reached critical mass, ‘be there or be square’ as the hip-cats used to say.
They are incredibly powerful tools for business promotion, whatever the size. Social media is cheap (without pay-per-click or other paid schemes), much cheaper than TV, postering, flyers or physical events. It has ‘legs’ with the whole world as your potential customer base – although you want to focus your effort on those places and people most likely to buy your product or service.

The trick is now to mount the most effective and most appropriate campaigns using the right social media. That doesn’t mean all the old rules of campaign marketing no longer apply.

Research
Facebook, Twitter and LinkedIn are the most popular social media, but not the only ones. You need to look for groups, pages and forums where relevant groups of people gather and interact. Finding those groups where people would be interested in your products or services is only part of it, you need to read, observe and get in to the conversation.

Approach
Blatant, aggressive and constant self-promotion are more likely to turn people off your sales message. Things have to be more subtle; be more helpful and suggest solutions to people who have needs or problems that you can solve. Be relevant to the groups to which you contribute. Being a helpful, approachable and affable contributor in the first instance will help to build trust and an audience.

Incentivise
Of course, the call to action, the offer, is extremely important to any effective campaign. You need to offer promotions, special offers, discounts, maybe some free stuff in order to get people to “Like” your Fan page or “Follow” you on Twitter. It has to be something manageable by you (promotions codes or discounted prices under time-limited offers) that won’t backfire (remember the Hoover air-ticket fiasco?), that won’t cripple your bottom line profits – even if it’s a loss-leader.

Spread the word
It’s not only the Like and Follow button clicks you’re chasing; old-fashioned word-of-mouth advertising works well on social media, given a positive message can spread like wildfire – this is where the term ‘going viral’ gets it’s power. This is the ‘network’ benefit you want to exploit in social media. Beware of making empty or unsustainable promises, news of those will spread just as fast.

Follow-up
Once you have an on-line reputation and a following, you need to follow-up with regular marketing campaigns, keep the momentum going, or else your following will settle to the hardcore fans whilst the rest drift away. Be creative and incentivise so that fans and followers will share it immediately. Keep interacting throughout; being a presence means you have to be present, check in regularly and make time to keep networking.

Remember your employees
When everyone in your company buys in to its social media presence, you get added benefits of their time and input. But take care, this doesn’t mean free rein with everyone down to the janitor allowed to chip in anything they want. You don’t want them to divert from their real paid jobs. You also need to make sure everyone is ‘on message’ neither making extravagant promises you can’t meet, nor slighting the customers though accidental or intentional comments. Your on-line reputation has to be managed, maintained and nurtured like it is its own business unit.

Great Artists Borrow
Everybody can see, learn from and develop what everyone else is doing on social media. Take a look at what other companies do and see what you can adapt to work for you. So long as you don’t steal other’s copyrighted and trade-marked material, or break trading or operating regulations, you can try what you want in a free market.

So that’s it; dipping the toe into the social media side of business. It’s another element in what we used to call the ‘marketing mix.’ If you want to be credible, be there, don’t be square. AJS

2 thoughts on “How-to: Integrate Social Media into your Business”