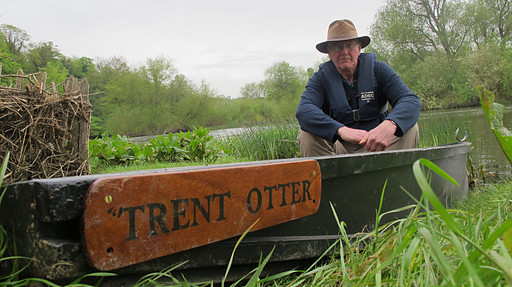 From the Staffordshire hills to the Humber estuary, spirited explorer Tom Fort embarks on a 170-mile journey down Britain’s third longest river, the Trent. Beginning on foot, he soon transfers to his own custom-built punt, the Trent Otter, and rows many miles downstream. Along the way he encounters the power stations that generate much of the nation’s electricity, veterans of the catastrophic floods of 1947, the 19th-century brewers of Burton and a Bronze Age boatman who once made a life along the river.

Certain shows remind you that British TV (by which I mean the BBC) can still beat the best in the world. In defiance of its’ rather grandiose title, this documentary, is not, like the Mississippi or the Nile, a river of dreams. Nor does it cross the country. It begins in the middle.

Tom Fort, presenter of the equally glam documentary A303: Highway to the Sun, is just such a man, compressing 3,00 years of British history into one river in one hour. Showing us the best and worst of England’s industrial heritage and how it has given way to urban development, Fort contrasts this with unspoilt stretches of idyllic countryside.

Punctuating his journey with Wedgwood’s Stoke and Bass brewer’s Burton, Fort has to abandon his punt in the dangerously tidal Trent before it pours into the Humber.

It’s a typically English river that starts as an ignominious trickle in the middle of a field and doesn’t so much end as lose its identity flowing into the mighty Humber; in between, it’s water is diverted into the Mersey-Trent canal, and so the much used and abused Trent comes and goes.

But none of that is important. This is fine observational documentary making at it’s best. It makes me want to find out about the A303. And I’ve already driven it. AJS

One thought on “Review: Crossing England in a Punt: River of Dreams”