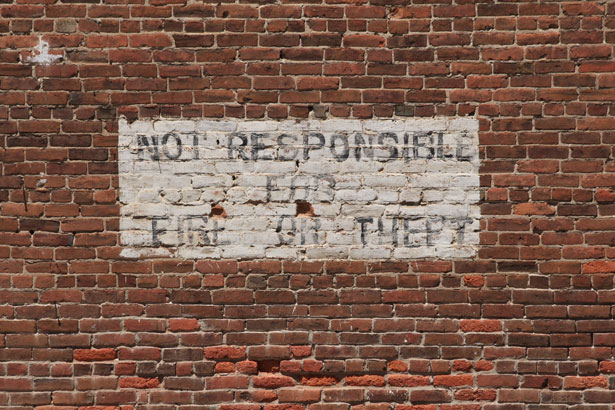 Privacy and money. The two most important things we value on-line. If they’re not yours, they should be. It’s like the Wild West out there on the web. Even if you are content to live your life in public on social media, identity theft, monetary theft and fraud should still remain primary concerns. The day you look at your bank statement and see zeroes or minus numbers, it’s already too late.

So you need to avoid the common security mistakes on-line. Starting with the software side of things…

Mistake #1: No Firewall
The firewall is the most basic defence for any computer accessing the Net. This is your perimeter fence with a number of gates in it. Without it, your machine will last about thirty seconds before several somebodies walk right in an mess with it.

Almost any firewall is better than none. Microsoft’s Windows Firewall does an adequate job against most common threats. You can get other free firewall software – Zonealarm, AVG, Commodo, Pfsense to name a few.

Mistake #2: Don’t Update your Anti-Malware
If you don’t have anti-malware software installed, get some! As son as it’s installed, run the update routine to ensure the malware and virus definitions are up to date. Otherwise it’s like putting a padlock on your door but not closing it.

There are plenty of good-quality FREE anti-malware programs out there, even if you go no further than Windows Defender and Microsoft Security Essentials. Others include Clam AV, Avast, AVG, Advanced SystemCare and MalwareBytes. If you want you can spend some money on a subscription to Norton Security Suite or similar.

Most programs a scheduler for automatically updating programs and threat lists.

Mistake #3: Don’t use both anti-malware and a firewall.
Commonly people ask do I need to use both? Yes. Anti-malware and firewalls are not the same, they defend against different types of threats and you do need both.

If the firewall is the fence with gates, the Anti-malware is the CCTV with motion detectors, audio pickup, infra-red and a guard dog. Anyone gets over, under or through the fence, then the anti-malware is there to pick them up.

So that’s part one. Next time we’ll look at the ‘wetware’ – that’s you, the human, and all your fallible behaviours. AJS