Remember those old episodes of Mission: Impossible where one of the characters would pull off a rubber mask to reveal one of the IM Force team members. That happened this year on your Windows desktop. Chromium is the new Edge. END_OF_DOCUMENT_TOKEN_TO_BE_REPLACED 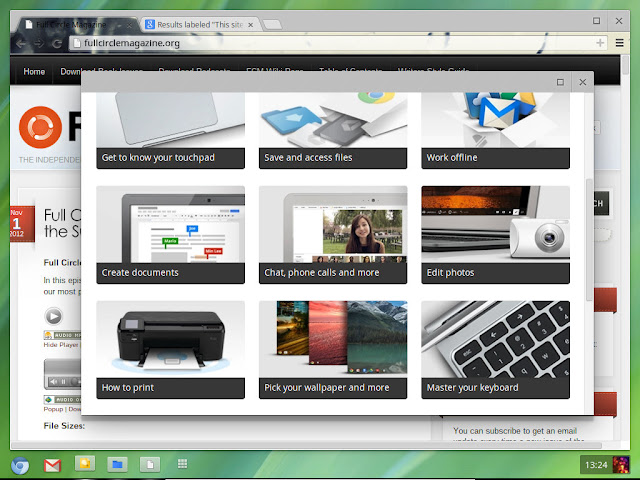 Following our look at Chromium OS in Part One, we’re now going to try it in a virtual machine using VirtualBox. We’ll use the standard Vanilla build of Chromium OS. Hold on for Part Three to try the bootable USB image.

Hexxeh provides pre-built, bootable, virtualised disk images for VirtualBox. The image is supplied as a VDI file, which is the standard VirtualBox virtual disk format. VirtualBox is free and runs on Windows, OS X and Linux. The Vanilla build for VirtualBox is refreshed every day alongside the USB image. This means you can test the latest changes without needing to burn it to a USB stick. END_OF_DOCUMENT_TOKEN_TO_BE_REPLACED

Chrome OS is a Linux-based operating system built by Google for use on a class of laptops labelled Chromebooks, in an attempt to break the hegemony of Windows and Apple. It is essentially an entire working environment set in the popular Google Chrome web-browser instead of a conventional desktop. It requires a mandatory web connection as all your productivity programs and services are Google web-apps. Rather than assault the market with something completely new, Chrome OS is largely based on open source software.

While Chrome OS is the commercial version shipped by Chromebook manufacturers, independent developers can download the source code for the Chromium OS open source version from a public repository and compile their own builds. The bad news is that this is still optimized for the Chromebook machines. However, you can try Chromium OS on conventional machines, either using a bootable USB drive or in a virtual machine. END_OF_DOCUMENT_TOKEN_TO_BE_REPLACED