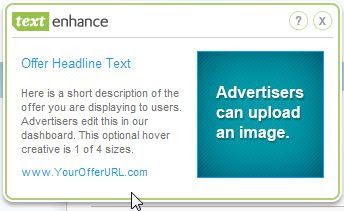 Text Enhance is one of those pesky ad-ware browser hijackers that takes over pages in your web browser and overlays ads based on keywords in the page text. Underlined keywords are hyper-linked to pop-up boxes containing coupons in ads clearly identified as Text Enhance. A relatively benign and easily removed example of ad-ware, it is nonetheless an invasion of your privacy.

Text Enhance is a bundled add-on for Internet Explorer, Firefox, and Chrome and is typically installed alongside other free programs. As well as injecting ad links into your web pages, it also infiltrates search forms on Ebay, Google, Facebook, Amazon or any website it can to display a box containing related keyword suggestions,ads and sponsored links in the right of your browser window. It can also collect search terms and other keywords from your search queries. END_OF_DOCUMENT_TOKEN_TO_BE_REPLACED 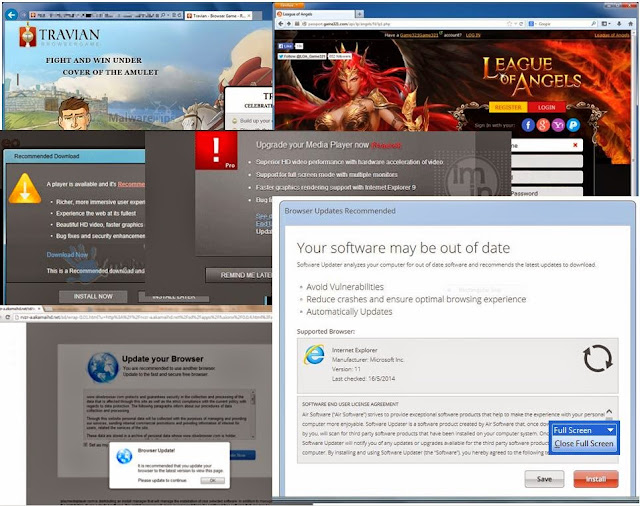 A colleague just got hit by another one of these insidious little blighters. We know how it got in – Internet Explorer 11 – but not the source. I suspect my colleague clicked on a close or cancel button in a pop-up which actually ran some malicious code. We know what and when it was installed – a program in this case masquerading as Rich Media Viewer, on May 16th. We got the full range of initial symptoms. We also got rid of it inside ten minutes, before it could do any further damage.

Rvzr-a.akamaihd.net is another unauthorised adware client; using a full range of false pages and pop-ups, it highlights web page text for adware popups, opens tabs onto Trojan pages when you open your browser, and initiates more popups when you open a new tab.

Fortunately it is relatively easy to exterminate, but do be aware there are new variants hiding under new names, so check for updated instructions on the web whenever you come across an instance of infection. END_OF_DOCUMENT_TOKEN_TO_BE_REPLACED

As you browse the web, Firefox remembers lots of information for you: sites you’ve visited, files you’ve downloaded, and more. There may be times, however, when you don’t want other users on your computer to see this information, such as when shopping for a birthday present.

Private Browsing allows you to browse the Internet without saving any information about which sites and pages you’ve visited. Private Browsing Firefox won’t remember any history for this window. END_OF_DOCUMENT_TOKEN_TO_BE_REPLACED 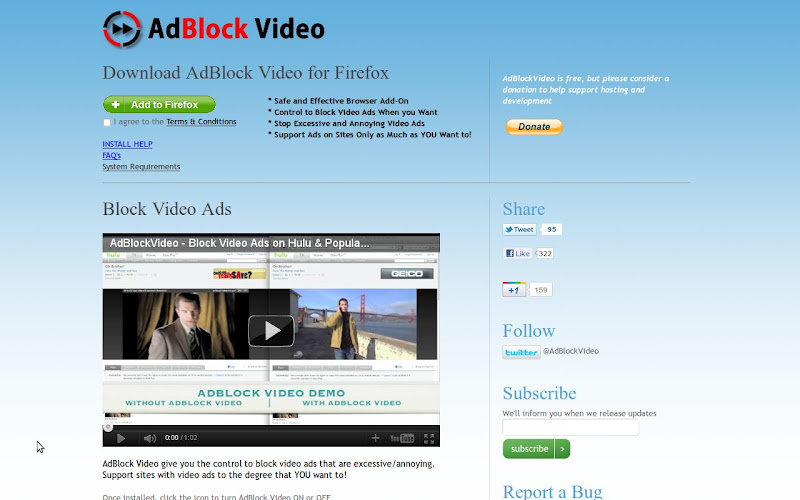 AdBlock Video is a Firefox extension which will kills the commercials in Hulu and other online video players, specifically those that insert the ads as a pre-roll before the video content that you actually requested.

Since Adblock Plus can’t detect most video, it doesn’t work for this, whereas Adblock Video will zap the ads from Hulu, NBC, ABC, CBS, Fox and other streaming content services.

For those who believe that ad-blocking is tantamount to theft, you might want to reconsider the ‘contract under’ which such content is offered – we watch it voluntarily and the hosting company plays the odds on us sticking around for the ads. If the content companies don’t want to offer it that way, they can put it behind a paywall with all that entails. Consider also the personal DV recorders such as Tivo which allow you to skip the ads. We’re not saying it’s right or justified, but if the viewer is to be bombarded with the same dull, dumb, reptetitive ads over and over again, then a little more choice seems only fair. END_OF_DOCUMENT_TOKEN_TO_BE_REPLACED

Anyone using a modern web browser (hang fire for a definition of ‘modern’) should be able to block some online tracking technologies such as flash cookies and web trackers that can covertly share your online activities and history.

However, the chances are you’ve not enabled it. Not because you don’t care about your online privacy, or because you don’t know about private browsing, but because you haven’t discovered how the settings work, particularly if you’ve upgraded lately or use more than one browser. END_OF_DOCUMENT_TOKEN_TO_BE_REPLACED