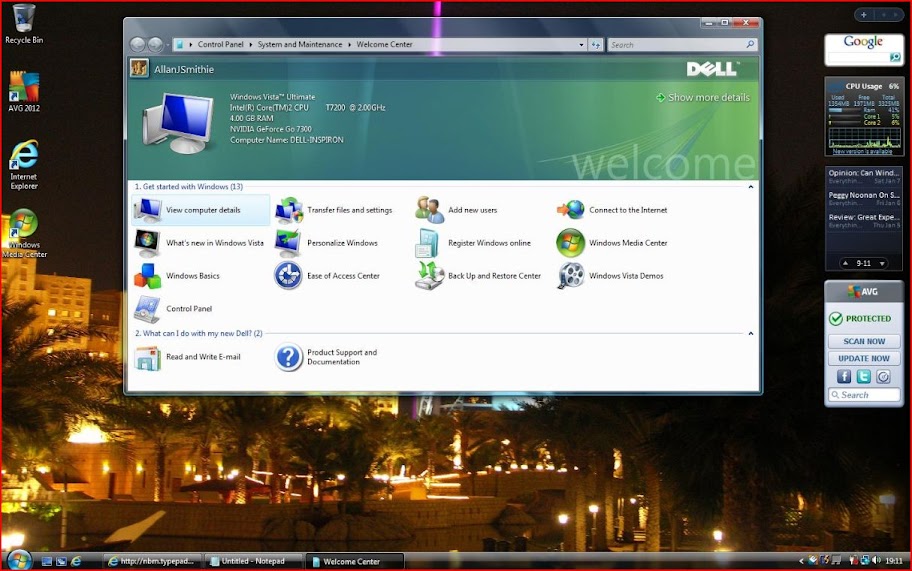 The first question you’ll be asking is why? Answer, because we paid for an expensive Windows Vista Ultimate license when it was released and like many, we resent paying Microsoft for an upgrade without getting our money’s worth. Particularly since Vista ‘Ultimate’ turned out not very ultimate; little of the promised extras ever turned up, unless you count two games and some wallpaper.

When this monstrosity arrived, Windows Vista was the worst train-wreck of an operating system we’d ever seen. Ridiculously slow at everything; launching applications, file copying and especially search. Aargghh! XP was faster on the previous generation single core machine. Removing the trialware didn’t help. Nor did Windows Update. It was quickly abandoned. Later, we tried Service Pack 1. It didn’t help.

Dusted off again last year, Vista wouldn’t even start, hanging part way through the boot process. Running every disk check and diagnostic revealed nothing, meaning a corrupted registry or file was to blame. It was put away again.

Needing to try some things on a clean Windows OS recently led us to try the Recovery tools and a re-furb, which gave us the biggest surprise – a working copy of Vista! END_OF_DOCUMENT_TOKEN_TO_BE_REPLACED